Product is not available in this quantity.

Some in the group simply introduced themselves. Some shared. A few had been in the grip of addiction for decades. Others struggled with PTSD or an eating disorder. Still others spoke of crippling anxiety and depression, some of it COVID-related, or just the staggering challenge it had been to get themselves to the meeting.

The broad range of struggles is by design, according to the meeting’s facilitator, Ethan Hershman. The Branford resident founded Move to Heal at Greenwich CrossFit, which he co-owns, in May.

This is, in short, no ordinary recovery meeting. It’s free and open to all. Likewise, the 30-minute group exercise that preceded the meeting. The nutritional counseling and mental health counseling provided by the program is also free. As is a full-time gym membership at Shoreline CrossFit with the condition that the person attend at least one meeting a week.

“I’ve been in recovery from drugs and alcohol for almost 28 years,” Hershman said. “Every year I’ve been watching people die from it.”

This past January, he learned about a program at Guilford Athletic Center that paired an intense workout with a recovery meeting.

“A light bulb went on,” he recalled. “When I got into recovery, I saw a nutritionist who told me I was malnourished and a doctor who told me I should probably get into therapy, and I should start exercising.”

“Hearing about the Guilford program,” he said, “it struck me that most people in recovery that are coming back from rock bottom don’t have the resources to do those things.”

Hershman introduced the idea of the program to his Greenwich CrossFit co-owner Colleen Delaney.

“She knows more about nutrition than anyone I know,” he said.

His daughter, Alexandria, is a clinical therapist. Both were all in.

They launched Move to Heal at the Greenwich location in May.

“I was really nervous that no one was going to show up, so we were calling hospitals and therapy groups, and then something magical happened,” Hershman recalled.

“When you’re in an AA meeting, it’s only addicts and alcoholics, so we think we’re the only ones with these problems, and then we realized that people who are not alcoholics or addicts suffer from the same problems,” he said. “And all the stigma evaporated and we saw people helping each other that you would never imagine helping each other.”

It’s perhaps no coincidence that the same phenomenon has repeated itself at the meetings at Branford’s Shoreline CrossFit, which opened in October.

The link between exercise and improved mental health, as shown in a 2018 study in The Lancet conducted by Yale researchers, is well-known. What’s not immediately obvious is that group exercise might enhance that effect, according to Shoreline CrossFit owner David Plumey.

“There’s a component in fitness when you’re training with someone so intensely that afterwards you have a special connection with them,” he said.

“You do a 30-minute workout with a community of people you get to know, and we make sure it’s a workout anyone can do,” she said. “And then you sit down and your endorphins are going and you feel really good about yourself, and you’re sharing, and it’s truly magic.”

Delaney, a former All-American swimmer and CrossFit trainer, said she herself has benefitted from the meetings.

“I have Crohn’s Colitis, I have Lyme disease and I have a lot of health issues that have caused depression and anxiety,” she said. “I typically hold in my feelings and don’t talk about them. I always understood the importance of working out and nutrition, but the whole mental health piece was something that was lacking.”

She said she’s learned that “everyone has something they’re dealing with, and the beauty of this program is it’s open to anyone, not just people struggling with addiction, but someone whose dog just died, or who just lost their job — basically, anyone facing a life challenge.”

That might describe Breanna, 24, a nurse, who suffers from anxiety and depression. She said she heard about the program from a friend.

“I’ve always been an athlete, so the workout wasn’t what I was worried about,” she said. “It was sitting down and sharing what I might talk about to myself in my head or one-on-one to my therapist in front of 30 strangers.”

Once she started talking, “it felt like I got a weight off my chest,” she said. “I sit in these meetings and I’m like, ‘wow, I’m not the only person that struggles with these things. Just because someone used alcohol or drugs, they still suffer from the same things I do.”

Running track, she said, “was the only time I didn’t feel anxious because I felt like I was running my anxiety out,” she said. “So when I do the workout, and I’m surrounded by these people, I push myself as hard as I can, ‘til I get it out of me.

August 2, 2022
Read more
You might also be interested in these
News
Moving Mountains with Move to Heal

Branford’s Ethan Hershman is moving mountains with Move to Heal, a non-profit seeking to better the lives of those in recovery from addiction, alcoholism, mental health issues, and life traumas by offering a powerful mix of twice-weekly group exercise and recovery meetings together with nutritional counseling, and mental health counseling.
Read more

News
Young People Have No Idea…. How Great Life Will Be

Cameron Bakhtiar, is a story I would like to share. By the age of 19, Cameron had been reserved to the fact he would not live to the age of 21...Fast forward 8 years later.
Read more

Stay up to date with our latest news. Be sure to stay in touch to see what we are doing in our community.

Thank you! Your submission has been received!
Oops! Something went wrong while submitting the form. 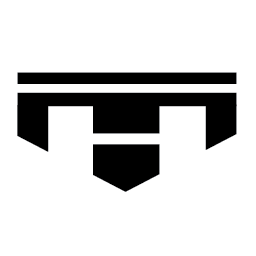